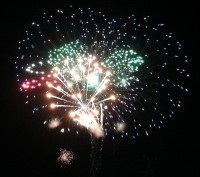 Attacking the paint seemingly every time down the court in the final 20:00, it was a lot of layups and free throws for UTA for much of the second half.  It was fun to watch and a great win.

UTA’s speed and athleticism and overall offensive flow was incredible during the second half. As good as we’ve seen it all season. And when a team is playing that crisp, not turning the ball over much (UTA 14, ULL 17 with 11 UTA steals), sharing the ball and finding open shooters and just relentlessly racing past ULL’s defenders like the Mavs were, it’s pretty much impossible to defend. Mixing up the defenses took ULL out of their rhythm and a several of ULL’s passes intended for the paint were deflected or stolen by Maverick defenders.

1) The Mavs put together two pretty solid halves. A good first, a great second. After being down only 4 at half, the Mavs took the lead at 48-47 with 17:48 left, and were up by 12 (62-50) just five minutes later with 12:05 left. The Mavs would lead by as many as 17 (75-58) with 5:59 left.
2) Mixing up defenses seemed to really get ULL out of their rhythm in the second half. ULL made only 5-21 threes (23.8%) and UTA held ULL star Shawn Long to only 12 points.
3) The Mavs scored most of their points from within the 3-point line (5-15 from outside–not a huge number of attempts). Early in the season, the 3 seemed like it was going to a bigger part of the offense. But if the 3s aren’t falling, the Mavs aren’t forcing bad shots but simply attacking the basket and getting to the line. And when the other team’s fouls start adding up, it can often be a good thing. In yesterday’s game, ULL’s Long had limited playing time after earning his 4th foul with 11:18 to go.
4) Jorge Bilbao had 18 points (a career high), mostly layups from nice passes into the paint or putbacks off rebounds. His offensive game has rapidly developed this year, and he’s always brought energy and good size to the paint.
5) Kevin Hervey-8 points, 7 rebounds, 4-4 from the free throw line. Isn’t that a nice mid-range jumpshot he’s developed?

And of course, Coach Cross got his 150th victory. Good to see him earn it in a nationally televised game.

If you want to get a good sense of just how overwhelming the Mavs were yesterday, The Advertiser (a Lafayette newspaper) has a must-read article and video of Coach Bob Marlin’s comments on the game.