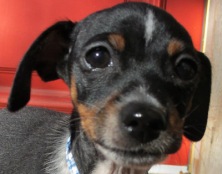 UTA 54 (12-9, 6-5) Troy 55 (8-12, 3-8)
Turnovers, a lot of missed threes and a cold-shooting second half that allowed another double-digit lead to slip away late resulted in another heartbreaking loss tonight at College Park Center.

UTA had built up a seemingly comfortable 10 point lead in the first half, with Erick Neal giving Walker and Williams some nice passes inside for scoring plays that really got the crowd of 2562 into it.

But still, after 20:00 it didn’t really feel like the Mavs were really hitting on all cylinders and sorta like if the other team makes a run of any sort (which happens at some point in every basketball game ever played–the team that’s behind often makes a few threes, makes a few defensive stops, etc. to shift momentum temporarily), it might be one of those “let’s just find a way get the win” night. One of those games where maybe the if Mavs could shoot 30-35% and a few threes go in, just trade baskets for the second half and it’s probably a 5-10 point win.

That would not be the case unfortunately.

After a couple of McClanahan free throws put the Mavs up 54-53 with :20 remaining, a Mav foul with :02 remaining sent Troy to the free throw line for two attempts, with Troy making both shots to take the lead 55-54. A last-second Mav three did not go in and the ballgame was over.

Up next: a televised game at Louisiana-Lafayette Saturday, which will be shown on ESPN 2.