Mavs Let One Get Away 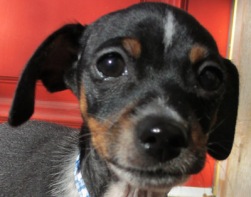 UTA 58, Northern Iowa 62
Just a quick late-night post…In a game that was being billed by many basketball fans as one of the best matchups around the country tonight, the Mavs’ mediocre shooting continued and UTA saw a 9-point lead with about 9 minutes left disappear to lose their second game of the season. The game wasn’t an offensive masterpiece for either team, but it was game of runs by each team, and UTA came up just a little short tonight. Northern Iowa (7-2 with quality wins over UNLV, SMU) was ranked 26 in RPI going into the game, UTA was in the mid-30’s.  UTA held UNI scoreless for about two minutes in the closing minutes of the game, but a furious Maverick rally of their own wasn’t quite enough to overcome a late 7-point UNI lead. UTA shot 37% for the game. The Mavs used a good 2-3 zone defense and a stifling press to interrupt UNI’s offense and force a lot of outside shots and create several turnovers but UNI was a very efficient 11-24 from beyond the arc and that made a huge difference in the outcome. The Mavs also had a couple of very rare defensive lapses, allowing a couple of long mid-court passes over/behind the UTA defense for easy buckets. UTA was shooting 20% from outside over the last three games, and the Mavs were a little better tonight, but had to attempt 28 shots to sink nine threes (32%).

The Mavs do have a nice win over RPI 67 BYU (whose only two losses are Alabama and UTA) but Creighton on Dec. 18 is really the last chance for another signature win left on the schedule. FGCU is in Arlington Saturday and is fun to watch, has built a nice reputation as a very talented mid-major in recent years, but realistically their record is 5-4 and a RPI around 150 so I’m not sure how much a win helps our RPI or strength of schedule. Should be an entertaining game. Can’t wait!