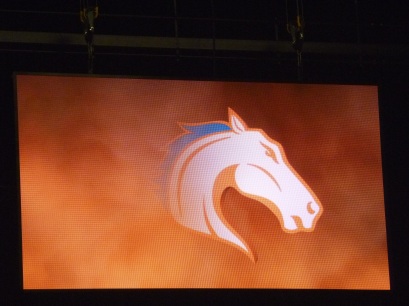 UTA 56, Bradley 51
In Peoria, Illinois last night it was cold outside (in the 20s with a chance for wintry mix), and the shooting was similarly cold inside. I’m sure noone has used that cliche to describe a basketball game, ever.

But the UT Arlington Mavs, coming off the big win at then-#12 St. Mary’s after defeating Texas and North Texas, were victorious in a game in which both defenses played well, and a result both teams shot 33%FG with neither team seeming to find much offensive rhythm. It was their 8th win in a row and their NCAA-leading 5th road win.

UTA started out well, opening the game with a couple of Erick Neal threes to help build a 15-2 lead just seven minutes into the game and looking like this was going to be a relatively easy victory, but Bradley used a couple of UTA turnovers and some great shooting to go on a 14-0 run that quickly gave BU a 16-15 lead and changed the games momentum. But UTA withstood the Bradley run and managed to retake the lead and were up by 7 at intermission.

The second half was more of the same, good defense by both teams which resulted in some less-than-stellar shooting (30%FG and 1-10 from outside in second half for UTA vs. 33%FG, 2-13 3PT for BU). A Kevin Hervey 15-foot jumper with 14 seconds left put the Mavs up 56-51, securing the victory.

Bradley, the youngest team in the NCAA last season, has improved a lot since the 36-point UTA win last year and put on an impressive defensive show to slow down an often-overpowering Mav offense. In fact, the Braves reminded me a lot of UTA–very active on defense and challenging passes and forcing turnovers (12 by UTA which lead to 16 BU points), taking away the paint, moving the ball well on offense. The Braves are very quick team overall, pretty strong on the boards (about even last night–UTA 40, BU 39). Missed free throws really hurt BU’s chances of winning last night (9-17, 52% for BU, UTA was better at 16-23, 69%). If BU can consistently play defense and rebound as well as they did last night, I think they could be a serious contender for the Missouri Valley Conference title in a year or two.

Up next: at Loyola Marymount on Thursday at 9PM CST. LMU is 4-3 with wins over Cal State Northridge, Portland State, Southern Utah and Vanguard. The Lions’ three losses: 65-62 at home vs. UConn, a 70-69 loss at home to Boise State, and Nevada defeated them 79-64 in Reno. Their team website is here.