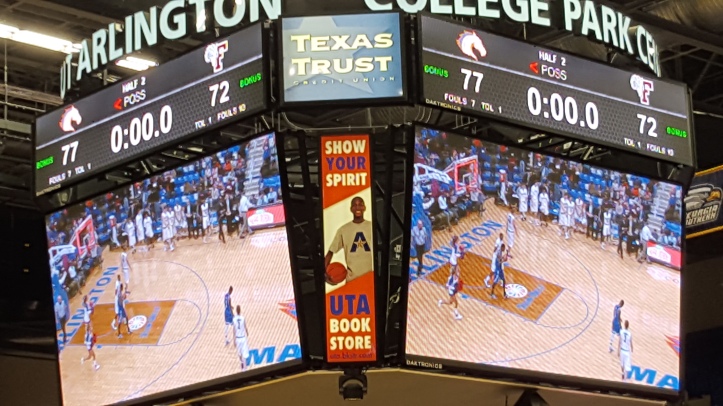 The first few games of a season are rarely masterpieces from a performance standpoint for any basketball team…learning to execute plays in a real game situation, new players getting used to each other, opening-night jitters. etc. However, this wasn’t bad. In fact, it seemed much more like a late-season game…and might pay huge dividends later in the season.

After shooting a nice 16-30 (53% FG) in the first half including 12 points by Kevin Hervey and 8 points by Faith Pope, the Mavs lead 39-26 at the half. The UTA lead would get much as 17 at 65-48 with 8:02 left after a Kaelon Wilson layup but then shots started falling for Fordham and 5 minutes later, it’s a 1-point lead for UTA. Seemed like everything Fordham put up, went in. But with UTA up by 2 with 9 seconds left at 74-72, here’s Fordham’s final possession:

Kennedy Eubanks gets the rebound and is fouled. UTA makes some throws and gets a 77-72 win.

The last 8 minutes or so reminded me of late-season conference games where you can have a comfortable lead, trade buckets for a while, the other team slowly chip awa at lead, then make a couple of 3s and next thing you know the one-big lead has evaporated into the history books. What does a team do in that situation? Turn the ball over? Maintain their poise? Hit a big shot? This is what makes hoops so thrilling to fans. 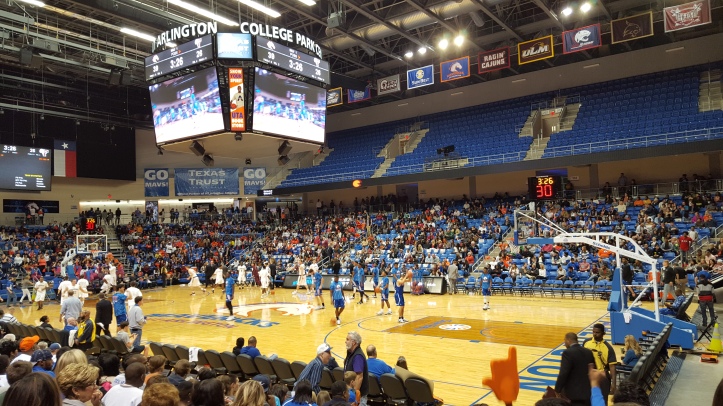 Speaking of fans, 3800+ attended tonight. The lower bowl was full. Loud crowd too. Great homecoming atmosphere. They were into it the whole game.

Guard play was excellent–Erick Neal with jaw-dropping passes and an effortless three to open the game, Nebraska transfer Nathan Hawkins with some nicely finessed feeds into the paint. Pretty good passing I thought most of the night.

Faith Pope’s 3-point shot is maybe the quickest I’ve seen in a long time. It’s practically undefendable. Think of how quick Bo Ingram could shoot the ball a few years ago–very similar to that.

Jalen Jones, a junior college transfer, had a nice Maverick debut. 5-11 shooting for 11 points with 7 rebounds and 2 assists.

With Brandon WIlliams redshirting, looks like Jorge Bilbao and freshman Nick Pallas are going to be the primary centers this year. Bilbao had 10 points and 6 rebounds tonight in 29 minutes and Pallas had 2 points, a steal and a block in 9 minutes of play.

Speaking of Pallas, he is every bit of the 6’8, 240 listed on the roster. Seemed pretty comfortable out there in his first college game. Went up very strong in the paint to make a layup in a crowd of defenders. 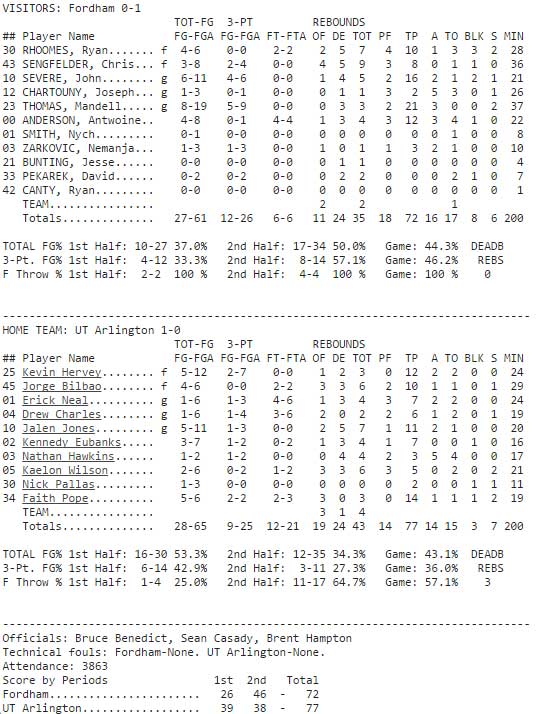